Europe on the Road

von by EGO-Redaktion Original in German, angezeigt indisplayed in English▾
Migrants and Travellers as Mediators of Intercultural Transfer 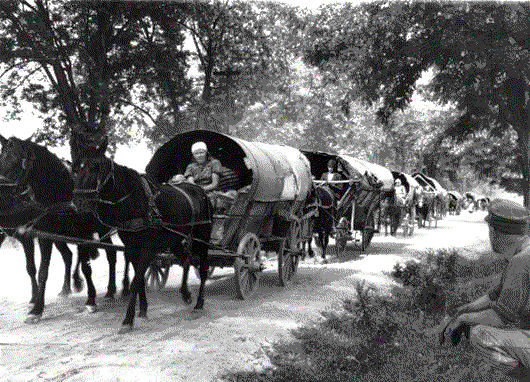 From wandering journeymen to computer specialists, from pilgrims to tourists on package holidays – Europe was and is a continent on the move. At the centre of this thread are two groups that had constant contact with foreigners and were not just temporary or individual mediators in the processes of cultural transfer, namely migrants and travellers. Consciously or unconsciously, these migrants and travellers always carried something more with them than the obvious, from commodities or news to eating habits or ideas. Often, they were involved in transfer processes in a manner that went beyond simple transport. By bringing their own experiences and interpretations, they extended or restricted the content (objects, discourses or practices) of the transfer. This thread introduces the different ways of crossing borders and the mobile intermediaries who initiated, continued or blocked transfer processes.

The migrations of European Jews, who as members of a transterritorial diaspora played an important role as intercultural intermediaries, have shaped Europe in a particular way. The survey article Jewish Migration raises the question of whether such migratory movements were primarily the result of persecution and discrimination or whether economic motives were central.
The accompanying articles Sephardi Jews, Ashkenazi Jews and East and South East European Jews examine more closely the (migratory) history of these Jewish groups and their contacts with the host societies.