von by EGO-Redaktion Original in German, angezeigt indisplayed in English▾
The Formation of Models and Stereotypes in Intercultural Transfer Processes 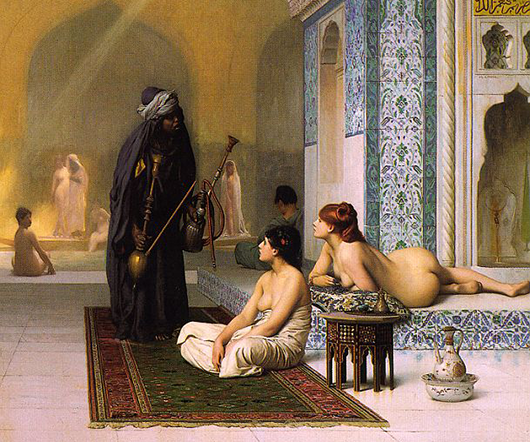 The formation of models of variable duration, influence and extent are evident again and again in modern European history. Beginning with the "ancient model" and the "Italian model" and ending with the "American model", which has remained powerful for long into the post-war period, this thread offers a journey through 500 years of European (cultural) history. A "model" means here a representation composed of those attributes which the creators of the model believed relevant in the light of particular motifs and which during a specific period acted as a substitute for certain subjects. These are often tied up with the perception of a "culture gap", whereby one model is perceived as "superior", as more progressive. The orientation towards this model thereby promises progress towards modernisation. Perceptions of oneself and others play a central role in the construction of such models. By reducing complex realities and making them manageable, stereotypes, in particular, represented an instrument of selection or mechanism of rejection. They were subject to frequent, sometimes rapid changes: Anglophilia could turn into Anglophobia and the other way round. In turn, the perceptions of oneself and others tinged the content of the transfer and its acceptance: Spanish court ceremonies, French fashion, English gardens or the USA's Mickey Mouse are not only imprinted with more or less clear connotations of origin, but also with a complex bundle of concepts and emotions, both positive and negative.

In the 16th century, Spain was – as a part of the Habsburg possessions on which "the sun never set" – the leading power of Europe. The survey article The Spanish Century sheds light on the conditions and prerequisites for this spectacular rise to global power and investigates what transfers it set in motion. Thus, for example, Spanish court ceremonies and Spanish court fashion set the standards for the European royal houses and the upper strata of society. At the same time, however, it also shows that that which was known as "Spanish" was already the product of a mixture (métissage) of very different cultures; the Spanish architecture of the 16th century, for example, was influenced by both the Italian Renaissance and the Gothic and Moorish traditions.
"Spain", however, could also be connected to clearly negative stereotypes, as evident in the article The Leyenda Negra. This term from the 19th century refers to the "black legend", an anti-Spanish attitude common throughout Europe, the origins of which go back to the 16th century. The Leyenda Negra portrays Spain as ignorant and fanatical, hostile to all innovations and unsuited to membership of the cultivated peoples. The article depicts the images of Spain in different European countries and portrays the events which gave rise to anti-Spanish prejudices. Although there is no evidence of systematic vilification of the Spanish, the idea of a Leyenda Negra was useful for the Spanish themselves because it offered them a defence against any criticism of Spain, which could be rejected as an unfounded element of the "black legend".